The use of skills is crucial to surviving in the world of Wraeclast. Skills in Path of Exile fall into two main categories: active skills and passive skills. There are no class restrictions on what skills can be used so any class can use any skill (passive and active). Each skill is linked to one of the three attributes, however, meaning that different character classes will favor skills associated with that class's dominant attribute(s).

Passive skills require no special action from the player to provide a benefit. They may inlude effects such as always-on buffs, or enhancements to various types of actions that occur automatically.

Passive skills are acquired by spending skill points. When a point is spent on a skill, the character also receives a permanent bonus to that skill's attribute. The amount of this attribute bonus depends on the character's class.

Active skills must be used or cast to have an effect, such as spells and special attacks or maneuvers. Characters gain access to active skills by equiping items socketed with skill gems(We can get gems from third party websites, such as we can buy POE currency online). These skill gems gain experience while equipped, becoming more powerful as they level up. Active skills may be assigned to the right and center mouse buttons as well as the Q, W, E, R, and T keys.

Skill gems may be augmented by support gems, which change their behaviour or add additional functionality, such as increasing the speed of projectiles launched by the skill, or increasing its area of effect.

Currency and Trading in Path of Exile

The currency system in Path of Exile revolves around a variety of different orbs and scrolls. Each currency item serves a specific function in the crafting and enhancement of a character's equipment, or allowing restructuring of the character's passive skill tree in the case of the Orb of Regret. Orbs are the primary Currency in PoE which are primarily used by players to trade with one another.

Currency items are used to pay for items in player trading.

Currency items can be found as drops from monsters or chests, bought directly from different vendors in town, or received through the use of the vendor recipe system by trading specific configurations of items to any town vendor. Currency items play a large role in the player to player trading system, with rare orbs able to be traded for powerful equipment, or even other types of orbs that a player might need at the time for crafting.
Trading

Trading is the act of exchanging items between characters. In Path of Exile, this generally happens between two players. Trading is an essential part of the game, and unlike many other games there is no auction house or single monetary system (e.g. gold or coins). Instead there are various currency items (scrolls and orbs) in a 'barter economy' where players need to meet up before they can complete the transaction.

Although there are officially no auction houses, a large part of the playerbase uses shop indexers. These are third-party websites(We can purchase POE currency at these third party sites) that search the Path of Exile forums and Public stash tab API automatically to maintain a database which players can search in order to find deals.
Tweet

Borderlands 3:How to defeat evil Brick and Mordecai

In Borderlands 3 Psycho Krieg and the Fantastic Fustercluck DLC there are a number of bosses for players to fight. These bosses can be found in both the main and side missions. As you progress both sets of missions you will encounter bosses ranging from evil versions of NPCs to strange creatures.

The first bosses you will encounter while playing through the final DLC are Evil Merdecai andEvil Brick. These bosses can be found during the second main mission called Siege of Castle Crimson. While you are making your way to the second catapult you will enter a boss arena featuring both of these bosses. You have to defeat them to advance the main story. 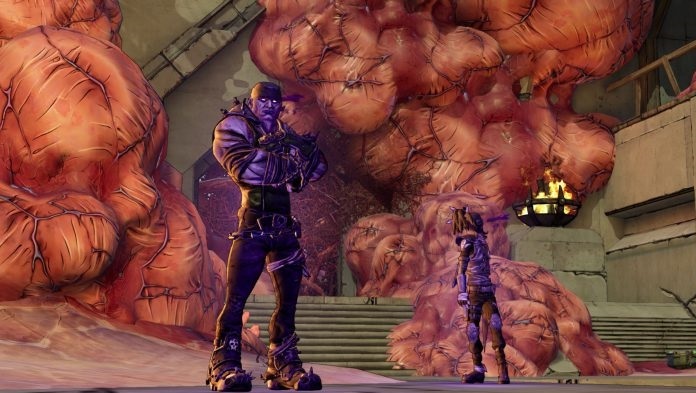 How to defeat evil Brick and Mordecai

The main thing to watch out for in this battle is their invincibility phases. They will each glow red and become immune to attacks, usually taking turns, so don’t waste your ammo during these phases. The best plan is to keep moving – I ran in a circle and occasionally up the middle for the entire fight, as you’re either being followed by brick or having Mordecai constantly fire on you.

Having a weapon that fires sticky bullets or grenades would be a good shout as you can fire them on Mordecai, then change to a heavier weapon to take on Brick. Remember to keep an eye on your ammo levels and swap out weapons when you can.

I’d recommend bringing a good shield into the fight, too, as you’ll be hit with birds , sniper bullets, and fists during this fight. A grenade with a decent AOE also bodes well, and have a good range of grenade/ rocket launchers, shotguns and quick-fire weapons like SMGs in your arsenal.(Borderlands 3 Items can help you faster to defeat evil Brick and Mordecai)

Playing as Beastmaster, I also set my companion on Brick whenever I could, so keep your special abilities in mind. It’s up to you whether you take Mordecai or Brick out first; personally, I got rid of Mordecai first because his bloody birds were annoying me, but getting rid of Brick chasing you is also a good idea.